Celebrate FarmVille’s 5th Birthday with the Summer of FarmVille

Today marks five years since FarmVille took the world by storm. To celebrate the hundreds of millions of players that have helped shape FarmVille into what it is today, we’re proud to kick off the “Summer of FarmVille”. Starting this month and throughout the summer, Zynga is rolling out special presents for players to unwrap across FarmVille, FarmVille 2 and FarmVille 2: Country Escape. Get ready to help us blow out the candles with these exciting new features across all your favorite FarmVille games:

The Dog Days of Summer in FarmVille 2: Country Escape

Exciting new farmhands are sniffing their way into FarmVille 2: Country Escape. Later this month, players will be able to place doghouses on their farm and use dogs such as Border Collies and German Shepherds to retrieve premium goods as they wag their way through farm adventures like Merryweather Mine and Pike’s Landing.

Players will also soon be able to craft delicious recipes in a summer cook-off to earn special in-game items. In celebration of the summer cook-off, and for the first time in FarmVille history, we’ll be sharing real-world recipes inspired by FarmVille 2: Country Escape. Recipes will be released on the FarmVille 2 blog starting next week, so stay tuned for more.

Love Blooms with My Family Farm in FarmVille 2 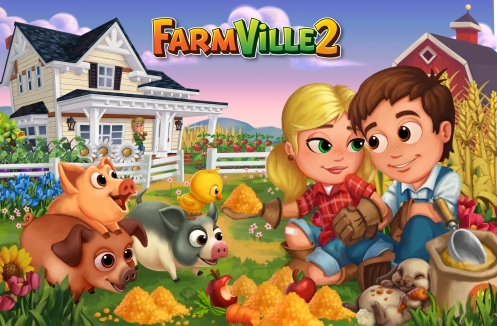 Wedding bells are ringing this summer in FarmVille 2. Starting June 26th, players can now start their very own family with the introduction of My Family Farm. Customize your own virtual sweetheart and use their help to collect water, baby bottles, super feed and other valuable items. Early access to My Family Farm kicks off soon, so head over to the game to find your new sweetheart!

Open Your Presents in FarmVille

In FarmVille, players can expect birthday surprises such as exclusive in-game gifts, wither-free crops and 5x mastery in honor of FarmVille’s 5th birthday on June 19th. To learn more, players can visit FarmVille’s event page to stay up-to-date on the latest birthday news.

A big FarmVille thanks to all of our players! This is just the beginning of the Summer of FarmVille, so stay tuned for more exciting updates.