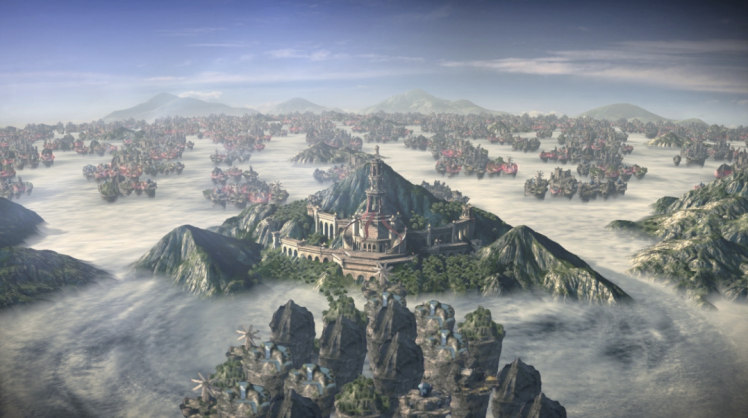 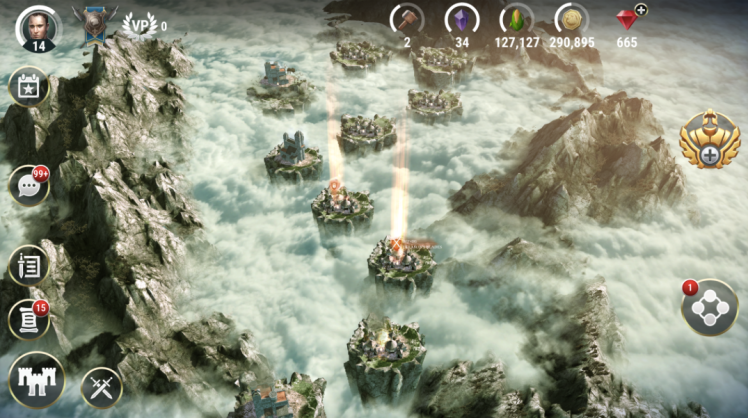 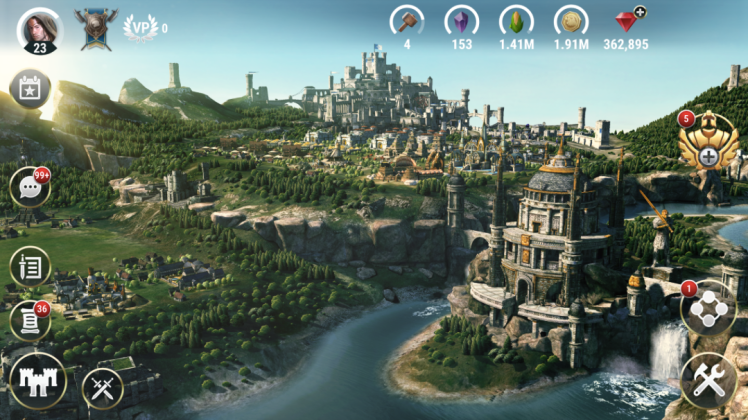 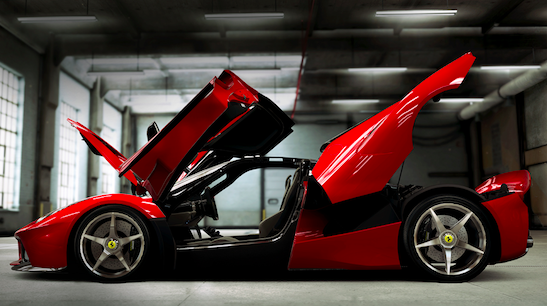 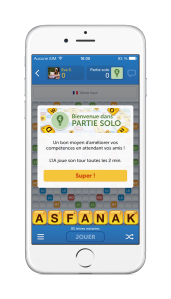 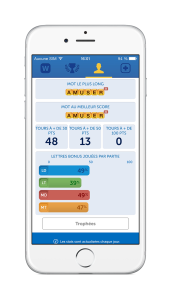 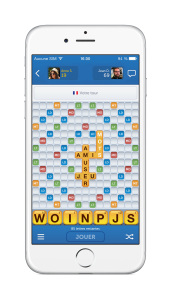 Launched in 2009, Words With Friends redefined the word category on mobile. Last year, we introduced a completely refreshed game fully loaded with dynamic features for a sleeker, smarter and more social experience. Through Words With Friends language localization, not only can players now choose what language to play in wherever and whenever they want, they can seamlessly carry over their current game, stats, opponents and full game history.Words With Friends additional language offerings provide players with an immersive experience including sharpening word skills with Solo Play and Stats to track and compare high scores, number of games completed and average word score with their friends and recent opponents.

More than sixty-percent of our players use Words With Friends to stay connected with their friends and family. In addition, millions of players have made special connections through the game either by strengthening an existing relationship or fostering a new one. Some players have even found their perfect match beyond the game as friendly competition expanded into a real-world relationship.

“Little did I know when I started a game of Words With Friends a year ago that it would be with my future wife,” says Sofia Vanessa Hernandez, a self-proclaimed word geek from Seattle, who met Caroline Sargeant, a UK-based HR recruiter, on a dating website in 2014 and proposed a friendly game of Words With Friends. Since then, the pair has made Words With Friends their favorite couples activity, playing multiple matches a day to stay connected while living overseas from one another. “From the very beginning, Words With Friends was the impetus for our relationship and now we are planning to get married. I’m so grateful to Words With Friends for providing us with a platform to not only connect, but to fall in love.”

Whether brushing up on a native language, refining wordy skills when trying to learn a new language or staying close with their friends and family across the globe, Words With Friends now connects more people around the world than ever before. Words With Friends additional languages are available to play for free on the App Store for iPhone, iPad and iPod touch and Google Play.

Grab your tiles and let’s P-L-A-Y! 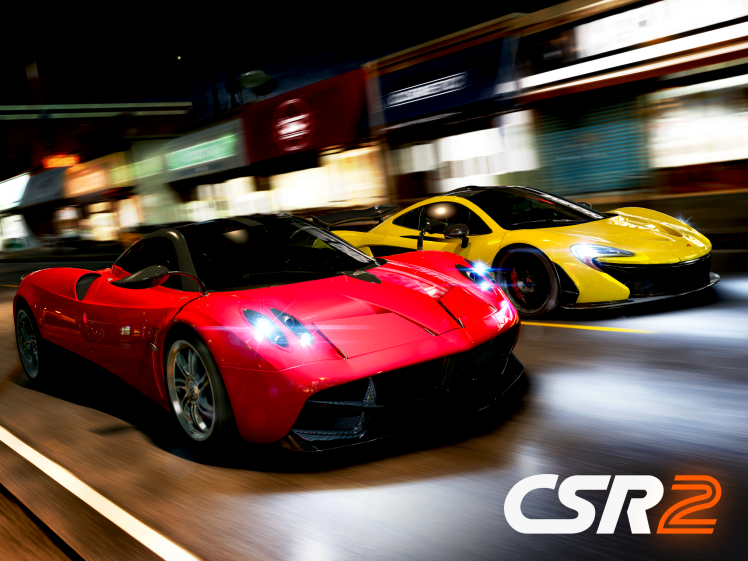 Under the Hood: A First Look at CSR2 from NaturalMotion
By Torsten Reil

In 2012 NaturalMotion introduced CSR Racing, and with it, never-before-seen levels of visual fidelity and vehicle authenticity to the Racing genre on mobile. Now, three years and more than 130 million downloads later, we are proud to share with you today a first look at our brand new title in the CSR Racing franchise: CSR2. CSR Racing was born from our love of cars. Bringing our love of cars to the mobile screen was the team’s overarching goal during the development of the original CSR Racing and one that remains as we take the franchise to the next level with CSR2.

Developed out of our London East studio, the CSR2 team is comprised of highly talented individuals who have worked across some of the most well-known and respected racing game franchises including Forza, Need for Speed, DiRT and Burnout. Their passion for cars is as strong as their desire to create the most beautiful and most authentic racing game possible.

Authenticity in CSR2 comes down to fulfilling a simple dream. Many fantasize about owning a $2 million hyper car, but only a few will realize that in their lifetime. CSR2 lets players experience the thrill of attaining not just one, but a whole garage of the most desirable cars on the planet, and it feels as close as possible to the real thing. That’s because each car, down the stitching on the seats, is built without compromise to its real-world beauty, integrity and authenticity. Adding to the feeling that these cars are truly yours is the ability to configure each one just as if you were making those choices in a real-world showroom.

We’ve worked closely with our vehicle manufacturer partners – Ferrari, Lamborghini, McLaren, Pagani and more – not just on the exterior of the cars, but the interior as well. Each car has been meticulously created from manufacturer CAD data to give players the most authentic customization experience. Not only can you choose the official paint options for the body and brake calipers but even the real-world manufacturer and model trim options to truly make each car your own. Once specced, your new car doesn’t just appear in your garage, but is delivered to you, further enhancing the excitement of collecting the most incredible cars in the world.

To make this dream a reality, the team has built upon some of the world’s most advanced shading and lighting techniques to mimic how light reflects from cars in real life. For example, physically based shading is used to simulate the interactions that cars in your garage have with light sources to capture reality in the most stunning way possible. But while visuals and fidelity are important, we never make any technological advancement for technology sake alone. It is always a means to create a believable and immersive experience for the player.

And curating your collection of cars is only part of the CSR2 experience. In CSR Racing we introduced a new form of gameplay with the drag race, the purest form of car comparison. We’re staying true to this core gameplay, and we are very excited to tell you about how we have innovated on it in the near future.

In the coming weeks, CSR2 will enter its first of many soft launch phases. We will be listening closely to player feedback as we slowly ramp our testing across geographies and devices. We expect CSR2 to launch globally later this year on mobile devices worldwide.

Stay tuned for more, and thank you to the entire teams at NaturalMotion and Zynga that are working hard to bring our passion for cars to life in CSR2. 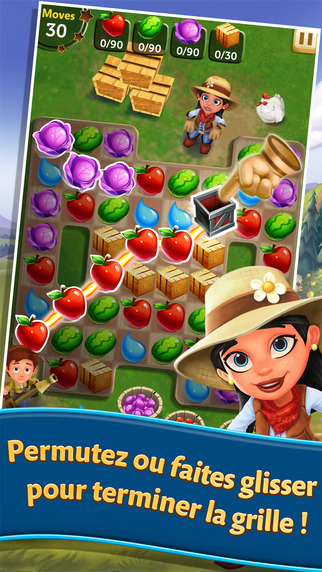 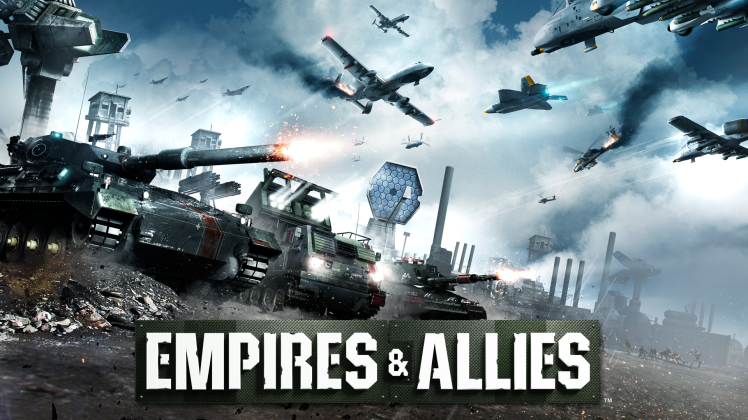 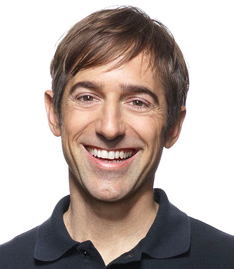 « Don joined us in a very important time in our evolution. I sincerely thank him for his leadership in better serving our players in a mobile first world and for delivering world class quality and value to our consumers, » said Mark Pincus. « The team’s hard work for our mobile players has resulted in bookings growing from 27% mobile bookings when Don joined to 60% by the end of last year. Further, to deliver unique and differentiated value to our mobile players, Don and the team acquired NaturalMotion. NaturalMotion has surprised and delighted the world with Clumsy Ninja and CSR Racing resulting in more than 160 million installs to date. I am inspired by our upcoming products – it is the most exciting slate of mobile games in Zynga’s history with titles like Empires & Allies, Dawn of Titans and FarmVille: Harvest Swap. These games are coming on the heels of one of the most successful mobile launches in our history with Wizard of Oz Slots, which was launched this past November by our Spooky Cool team in Chicago. »

Pincus continued, « Now that we are a mobile first company, it’s time to renew our focus on our founding mission to connect the world through games and our vision to make play and social games a mass market activity. I am returning to the company that I love in order to accelerate innovation in the most popular categories like Action Strategy and strengthen our focus on our core areas like Invest and Express. I look forward to partnering with our leaders to intensify our focus on social experiences for the millions of consumers who play our games. »

« When I joined the company in July 2013, Mark and I shared a vision of building a meaningful company that redefines entertainment in an increasingly mobile world. I am proud of the progress we have made together. I believe the timing is now right for me to leave as CEO and let Mark lead the company into its next chapter given his passion for the founding vision and his ability to couple our mobile progress with Zynga’s unique strengths. As a company, Zynga is in a stronger position today to serve mobile consumers and take advantage of the unprecedented growth opportunity across our industry. I am excited about the company’s trajectory and wish the best for Mark, Zynga and NaturalMotion as I plan to return to Canada to pursue my next challenge, » said Don Mattrick.

« Q1 was a strong quarter and we are confident in the outlook we gave during our Q4 2014 earnings call on February 12, 2015. Our teams are heads down and focused on our mobile-first product slate and we will be sharing details related to our product progress and financial performance during our Q1 earnings call on May 7, 2015, » said David Lee, Chief Financial Officer, Zynga.

At his request, Pincus will receive an annual salary of $1 in connection with his appointment to Chief Executive Officer.

Zynga will hold a conference call to discuss financial results for its first quarter on Thursday, May 7, 2015 at 2:00 p.m. Pacific Time (5:00 p.m. Eastern Time), following the release of its financial results after the close of market. The live webcast of Zynga’s earnings conference call can be accessed at investor.zynga.com. Following the call, a replay of the webcast will be available through the website.

Mark Pincus is the Founder, Chief Executive Officer and Chairman of the Board of Directors at Zynga.

Pincus founded Zynga in 2007 and pioneered the social gaming industry, helping redefine entertainment and bring gaming to the mainstream. Since its founding, more than one billion people around the world have played and connected through Zynga games, and franchises including FarmVille and Words With Friends have become a part of people’s daily lives.

Pincus also founded Zynga.org in 2009, a nonprofit organization dedicated to using social games for social good. To-date, Zynga.org has raised more than $20 million by connecting millions of players with more than 50 nonprofit organizations around the world. In 2013, Zynga.org partnered with NewSchools Venture Fund to create co.lab, an education technology accelerator focused on enhancing the quality and reach of learning games and apps.

Pincus has pursued his passion for creating Internet products since 1995, when he founded FreeLoader, the first web-based push company. Later, he founded Support.com, a pioneer in automating tech support, and took it public. Then, in 2003, he launched Tribe.net, one of the first social networks. Pincus most recently founded superlabs in 2014, a San Francisco-based product lab focused on developing products that connect and empower people.

Zynga Inc. is a leading developer of the world’s most popular social games that are played by millions of monthly consumers. The company has created evergreen franchises such as FarmVille, Zynga Casino and Words With Friends. Zynga’s NaturalMotion, an Oxford-based mobile game and technology developer, is the creator of hit mobile games in popular entertainment categories, including CSR Racing, CSR Classics and Clumsy Ninja. Zynga games have been played by more than 1 billion people around the world and are available on a number of global platforms including Apple iOS, Google Android, Facebook and Zynga.com. The company is headquartered in San Francisco, California. Learn more about Zynga at http://blog.zynga.com or follow us on Twitter and Facebook. 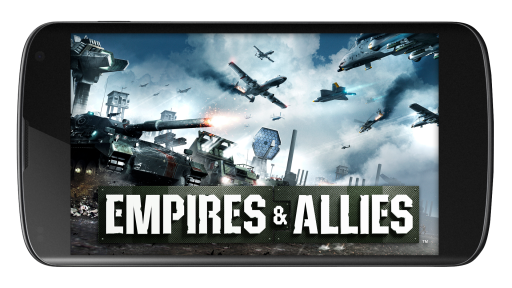 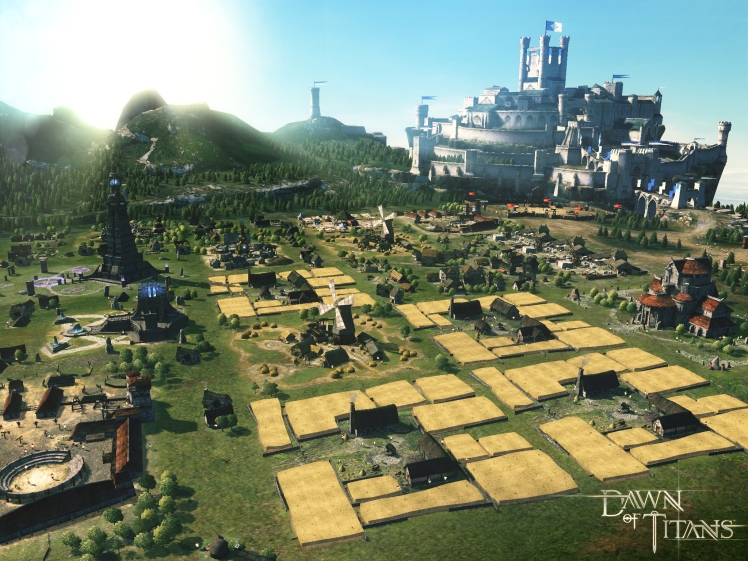 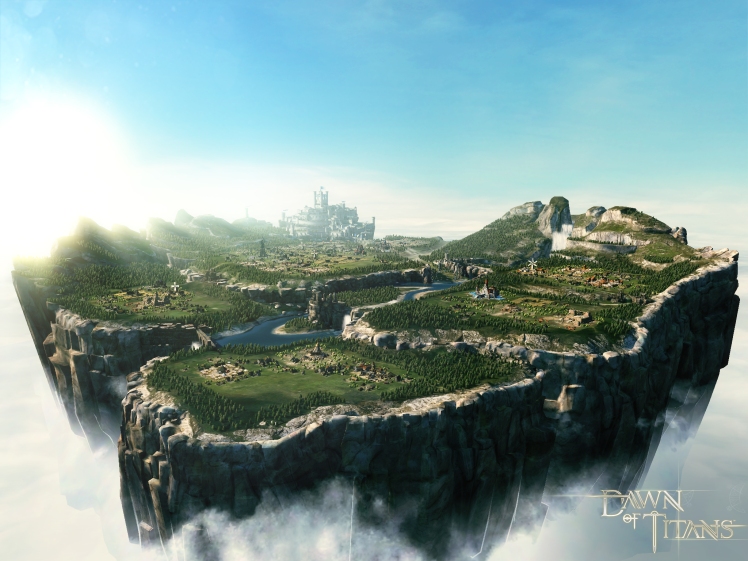 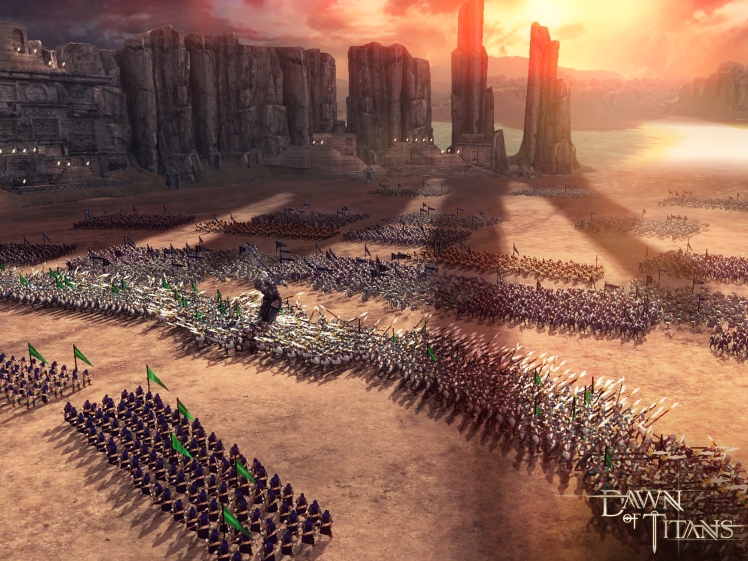